The Good News: Social Security Benefits to Increase in 2017

The annual cost-of-living adjustment (COLA) can provide an increase in the benefit amount people receive each month. By law, the monthly Social Security and Supplemental Security Income (SSI) federal benefit rate increases when there is a rise in the cost of living as determined by the Department of Labor’s Consumer Price Index (CPI-W).

The CPI-W rose this year. When inflation increases, your cost of living also goes up. Prices for goods and services, on average, are a little more expensive. Since the CPI-W did rise, the law increases benefits to help offset inflation. As a result, monthly Social Security and SSI benefits for over 65 million Americans will increase 0.3 percent in 2017.

Other changes that would normally take effect based on changes in the national average wage index will begin in January 2017. For example, the maximum amount of earnings subject to the Social Security payroll tax will increase to $127,200. You can read a new fact sheet that provides more information on 2017 Social Security and SSI changes at www.socialsecurity.gov/news/press/factsheets/colafacts2017.pdf .

For information about the 2017 COLA, go to www.socialsecurity.gov/cola.

For additional information about changes in the national average wage index, go to www.socialsecurity.gov/OACT/COLA/AWI.html.

The Bad News: Why Your 2017 Medicare Premiums Could Jump 20% 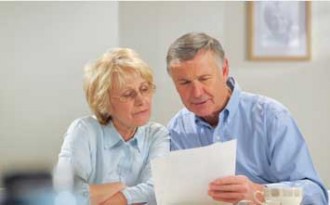 Some Medicare recipients may see their charges for Part B doctor coverage jump more than 20% in January.

But there’s no such protection for people whose income subjects them to higher charges for Part B, which covers doctor visits and other outpatient care. Ditto for Medicare beneficiaries who haven’t yet claimed Social Security and people who will be new to Medicare in 2017…

Read this full article here: Why Your 2017 Medicare Premiums Could Jump 20%